Help for Dogs and Owners

It is commonly thought that dogs develop separation anxiety for two reasons. 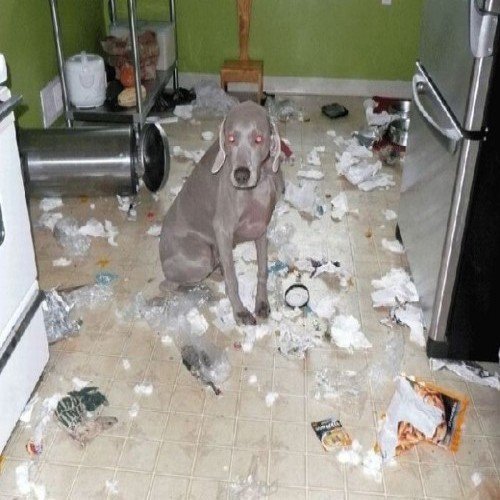 Separation anxiety can greatly affect the lifestyle of the owner who must deal with the destruction and constant complaints from angry neighbours. These caring dog owners are desperately looking for the answer that might relieve the obvious suffering that their pet must be experiencing.

Separation Anxiety is usually found in younger dogs, especially pets purchased from puppy farms. It is not usually found in older dogs, though it must be said that dogs that develop separation anxiety at a young age will be at greater risk for recurrences later in life.

It is a rare dog owner who has not heard of separation anxiety, experienced it with their own dogs, or at least had a friend whose canine companion reportedly suffered from this difficult disorder.

Separation Anxiety has been shown to occur in dogs with a high inclination towards dependency – certain breeds may be more affected than others. Traumatic events in a young pup’s life may also increase the likelihood of the development of overly strong attachments.

There are three types of separation anxiety in Dogs

Transitional Anxiety -this usually occurs in adolescent dogs and for a period of 4 to 6 weeks in duration.

Permanent Anxiety -this usually occurs during fear impact stage and is most likely permanent.

Conditional Anxiety -can occur at any age and is usually triggered by a change in environment, such as new baby, new home, etc.

Dogs that experience separation anxiety are not being disobedient, nor are they behaving in such a way as to get the owners attention, manipulate or seek revenge for being left alone. Separation anxiety is a mental disorder either created at birth or more common a learned behaviour brought about by incorrect human interaction and must always be viewed as such if the owner is to help the dog.

Symptoms of Separation Anxiety in Dogs

The dog will follow the owner from room to room, whimper, and pace, pant heavily, excessive salivation or shivers when the owner prepares to leave.

Excessive whining and barking during the period of separation – are the most common behaviours.

Dogs displaying Separation Anxiety will often scratch and dig in the carpet or at doors and/or windows to escape and be with their owner.

In severe cases dogs will experience vomiting, diarrhoea, and will sometimes self-mutilate.

Almost all dogs affected will become overly or hyper excited when the owner arrives home.

There is no easy way to resolve the problem once Separation Anxiety has developed. It will not go away on its own. However, there are many things an owner can do right away to begin to ease the symptoms.

While it is very disheartening and very annoying to come home to a shredded couch, carpets covered in faeces, you will have to remember the problem will not be resolved with verbal or physical punishment. This disorder must be dealt with using the psychology of the dog, and some preventative measures by the human.

Enrol in a behaviour modification program making sure the trainer you choose has the required experience in dealing with Separation Anxiety.

How We Can Help

Get professional Help. We offer private 1-1 training in your own home which includes basic obedience as well as behaviour modification along with detailed information on how to best cope with the issue.

If Needed, Any Further Session’s Will Be 1 Hour Long.

Call Us Today To Have Your K9 Professionally Trained.

Training Dogs & Owners For Over 30 Years!!